Yet another otherworldly being travels to RON. This time, it's Greyson, a cloaked figure (who doesn't walk) charged with repairing the fabric of space and time. And, as you would expect, Reality is home to a big rip in the universe. This is a short game, but a pretty nice one, so check it out.

You're Frank Malone, the best and only mobster in RON. Mayor Gower hires you to be his bodyguard, a job simple because you're the only one in town that would attack him in the first place. But soon, your evil twin brother Fred comes into the picture. Fred's a little peeved that you sent him to prison, and he wants a little revenge.

Here's a nice game with lots of interactions and optional bonus puzzles. Phil Nihilist the Yahtzeebrand store clerk has finally gained the incredible superpowers he always dreamed of. He becomes a superhero to help the people of Reality. However, Phil recieves a threatening phone call from DC Comics....

Purity of the Surf

Josh Beachcomber has come to the town to participate in Reality's annual surfing contest. However, the contest costs money to enter and Josh is broke and deathly allergic to getting a job. Not to mention his surfboard has mysteriously disappeared. What's a beach bum to do? This game sports a number of nifty animations as well as your favorite RON characters in skimpy swimsuits! Woo-hoo!

This is a continuation of Creed Maley's and Denzil Quixode's epic trilogy. Become Drake once again as he struggles to survive in a Reality torn to shreds by ferocious kittens. This is the first chapter of the game (eventual total of three).

After getting killed by the chicken, the Wolfgangs' second mansion lies empty. You are Ludwig Wolfgang, and you have come forth to claim this mansion. However, the mansion is inhabited by ghosts and they aren't too keen on having anyone live there.

This game was written for the March 2003 monthly games contest. Davy and Elandra are trapped on an alien world. The jury is out on how they got there. Did Elandra's new invention go horribly wrong? Or did Davy's magic cause havoc again? Regardless, it's up to the both of them to find a way back home.

An arcade game starring Phil Nihilist. Our favorite Yahtzeebrand store clerk has a very weird dream. He is a paratrooper lost behind enemy lines, and he must shoot his way to safety.

A sequel to "The First Stitch." It seems more tears are opening around the town, and Greyson has to determine the cause of it all. This appears to be the first game in what the author calls the "Tapestry Trilogy." 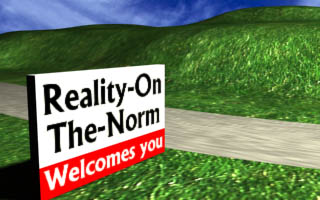 Another RON quiz game. This one is a bit harder than the first. Some of questions require real RON knowledge in order to answer.